Learn How to Grow Your Business with Social Networking 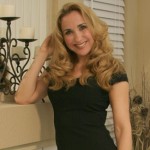 Learn what social networking is and how you can use it as a marketing tool to grow your business. Social networking sites like Facebook and Twitter, provide you with a platform to create a profile, share information, and connect with people who have similar interests. Whether you have a small company, large corporation, or just an idea, social networking can help you expand your reach.

In fact, it is considered one of the best strategies used today to promote a business. Did you know, social networking could help you:

There are many reasons why you should consider integrating social networking into your marketing plan. The following are two examples of how it could be used to promote a business.

Mary wanted to promote her company using social networking. She started using Twitter because she heard it was a great way to market a business, and it was free. She created her Twitter account and promoted it to her customers through email and word-of-mouth.

Sam wanted to promote his business and establish himself as an expert in his field. He knew once people 1) knew him, 2) trusted him, and 3) liked him, he could sell his valuable services to them. He was able to accomplish his goals by:

Many business owners have built up their businesses through social networking. The key to succeeding in social networking is to post content your audience wants to continue to receive. If you devote time to creating valuable content, you will generate leads. I suggest you create profiles on Facebook, Twitter, and LinkedIn. You can also create a free account on BiznessQuest to publish your business profile and informative articles on your niche.

Thank you for reading and if you enjoyed the article, please subscribe to receive them via email.

April Auger
Web Developer
BiznessQuest.com
Online Marketing For Small Businesses
BiznessQuest provides an array of business marketing tools and services to help you grow your business online. If you have a business and would like to promote it on BiznessQuest, create your account today!