How to Terminate a Timeshare Contract Legally 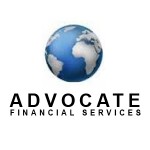 The idea of owning a timeshare may sound great. Timeshare salespeople are good at what they do. Having nailed the art of persuasion, there is little hope for the consumer in turning the offer down.

However, more often than not, most people that end up buying one end up regretting it later. Why? First of all, because they fail to deliver what was first promised. Secondly, a vast number of the population view timeshares as an investment. Whereas, this idea couldn't be any further from the truth.

As you seek to cancel your timeshare contract, it is imperative that you get yourself an attorney. An attorney will help you understand the legal aspect of timeshares. Also, he/ she will enlighten you on the how you should approach the timeshare termination.

Hiring an attorney will definitely make the process easier while protecting you from fraud and any unscrupulous deals.